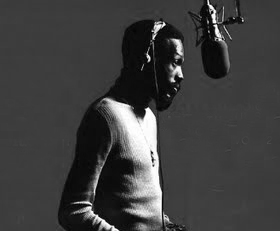 In my post earlier this week regarding The Temptations, I mentioned that I would discuss a seperate post on the solo career of Eddie Kendricks, who left The Temptations in 1971 to go solo.  When both David Ruffin and Eddie Kendricks left The Temptations, the natural thought was that Ruffin would have the more successful solo career.  Even though Ruffin had a few hits, his solo albums were much more spotty.  Kendricks ended up having the more successful solo career, and his first two albums, All By Myself (released in 1971), and People...Hold On (released in 1972), were both great albums that exclusively featured Kendricks' falsetto. 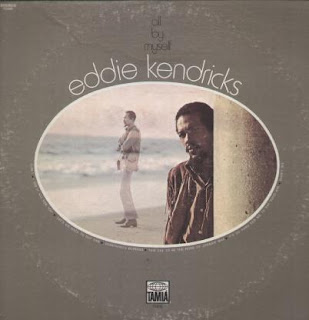 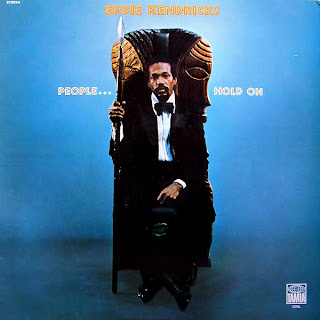 I would consider All By Myself one of the best solo debuts of any soul artist, and certainly one of the top soul albums of the 70's.  There's so much passion in his voice, and the album has a nice mixture of soul, funk, along with love songs which makes it an enjoyable listen.  Eddie had one minor hit on the album, "Something's Burning", which I like but my favorite of the album is "It's So Hard for Me to Say Good-Bye".

With Eddie Kendricks second album, People...Hold On, he stepped it up even further.  There's a little more of an edge to it, politically ("My People...Hold On", which is a plea for African-Americans to keep their sanity during those troubled times in the community), musicially (definitely funkier on some tracks than the previous album, and with "My People...Hold On" heavier percussion, chanting vocals).  Overall, a more experimental album but also with some great straight-ahead soul songs, including "Date With The Rain", which is a soulful number but is almost a precursor to disco as well.   This is one of the greatest soul albums of all-time!
These two albums are almost impossible to find, as they are out-of-print, which is truly unfortunate.  The best way to get ahold of these is the compilation Eddie Kendricks Keep on Truckin':  The Motown Solo Albums, Vol. 1, which contains his first four solo albums on two discs (his third and fourth albums, Eddie Kendricks and For You are not as good but contain a few songs well-worth checking out).  I own this, but had to pay $$$ on ebay to buy this, as it's not too easy to find.  However, it's well-worth the purchase.  Regarding the Eddie Kendricks album People...Hold On, if I had to make a top 10 list of all-time favorite soul albums, this album would definitely be up there.

Eddie Kendricks--criminally underrated soul singer and the creator of some of the greatest soul music, from his career with The Temptations onto his solo career in the 70's. 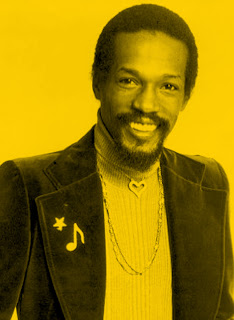 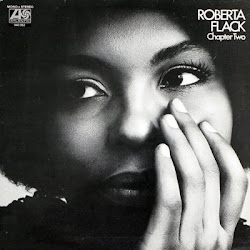